Does it really work? Collecting data on the German Corona-Warn-App

WATCH THE VIDEO GET THE NEWSLETTER 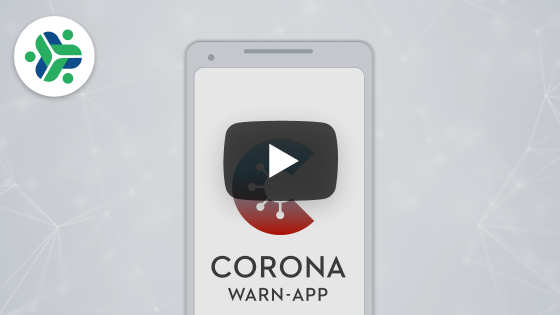 Since the German Corona-Warn-App launched in June 2020, only limited data was available to evaluate its effectiveness in stopping transmission chains, due both to the decentralized design of the system and its separation from public health authorities. In addition to external surveys, an opt-in data donation for privacy-preserving analytics (PPA) and an event-driven user survey (EDUS) were integrated in 2021.

Since March, app users can opt in to automatic, anonymous, daily submission of status data to a backend server for analysis. This data describes app-calculated risk levels and changes to these. In addition, incidence data sets are submitted (1) for newly identified exposure episodes (exposure windows), (2) when lab test results are obtained in the app, and (3) when users who tested positive submit random identifiers (diagnosis keys) to warn their contacts.

This operational data is complemented by a user survey, triggered when the app notifies of a high-risk exposure. A linked online survey focuses on the user’s perception of this notification, prior behavior, and further intentions. At the end of this survey, respondents can agree to a follow-up survey, which inquires about actual behavior changes and particularly about PCR or rapid antigen tests.

Both instruments, PPA and EDUS, include basic demographic data and have some technical precautions against misuse, e.g. a device check and, in the case of EDUS, a one-time token, which was checked and invalidated when entering the online survey.

PPA-participation has reached 7 million daily submissions, while the initial EDUS has been concluded after two months and 26,000 respondents (14,000 also participating in the follow-up survey). Having proved feasibility and acceptance, EDUS may be used for other evaluations.

WATCH THE VIDEO GET THE NEWSLETTER

Tim is a research fellow in the Epidemiological Data Center of the Department of Epidemiology and Health Monitoring at the Robert Koch... Institute (RKI) in Berlin/Germany. After working as a surgical assistant, he studied sociology and technology studies and public health with a focus on prevention and evaluation. His focus is on the social science perspective on public health, whereby before his time at the RKI he worked in local addiction prevention, the Berlin Social Science Center and the Technical University of Chemnitz. He is interested in survey methodology and new ways of collecting data. Since last year, he has been involved in the evaluation of the German national proximity tracing tool "Corona Warn App". Read more

Göran is a Senior Research Fellow and Deputy Head of the Data Science Unit at the Robert Koch Institute in Berlin/Germany. He studies the dynamics and... spread of infectious disease pandemics, translating this knowledge into public health tools. His group’s methods range from mathematical modelling and agent-based simulations, to natural language processing and semantical inference.

He converted from pure mathematics to mathematical epidemiology after his PhD, in 2006. During the Ebola outbreak 2014/15 in West Africa he participated in the inception of SORMAS (Surveillance, Outbreak Response Management and Analysis System), which is now a standard tool in several countries, and thereafter in the development of DEMIS, the German Electronic Notification, Reporting and Information System for Infectious Disease Control. He is also an advisor to the European Centre for Disease Prevention and Control (ECDC). Read more

Justus is a medical epidemiologist at the Robert Koch Institute (RKI) in Berlin/Germany. After several years of clinical practice in obstetrics... and surgery in Germany and then as district medical officer in Burkina Faso, he specialized in medical informatics. His work within Infectious Disease Surveillance at RKI since 2002 was intermitted by multi-year assignments with the Secretariat of the Pacific Community and with WHO, where he focused on dengue and yellow fever prevention and control, respectively. Together with Göran, he contributed to the design and development of SORMAS and DEMIS and serves as advisor to SORMAS.

In spring 2020, Göran and Justus participated in the Pan-European Privacy-Preserving Proximity Tracing initiative, before Germany adopted the Google-Apple ENF. Since then both worked on the development and improvement of Corona Warn App, the German national proximity tracing tool, from the epidemiological and data science perspective. Read more

Professor of Ecology & Evolutionary Biology at The University of Arizona

“Last week’s event was awesome! There were 5 from my department that attended as well, they also wrote to say how much they enjoyed the debate." 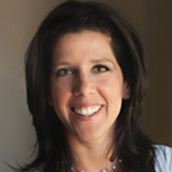 Join future events and get the latest WeHealth news and insights.